I think this guy needs his own card blog.
Posted by Josh D. at 3:26 PM 1 comment: Links to this post

I could have titled this one, "What I Like About Night Owl," but that doesn't sound like a song-title.  At least not one that I have heard, anyway.  Maybe it's a dubstep song, but I don't know anything about that.

Night Owl sent me a PWE back in March and it was blue, through-and-through.

He sent these blue Royals: 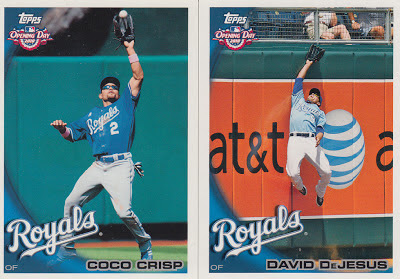 He sent these blue Dodgers: 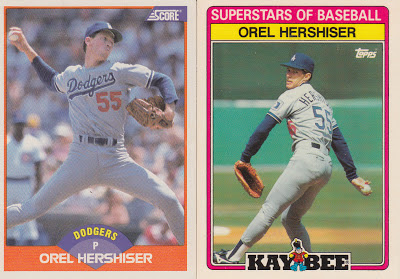 He even used the BLUE TAPE.

I can not stress enough how much better it is to get the packages with the painter's tape versus the ones with clear scotch tape 3-layers-deep over everything (that's right, Listia, I'm talking to you).  Bloggers, if you aren't using this stuff for shipping, do everyone a favor and go buy some.

So I told you this package was blue through-and-through.  That was a lie.  He included one more color....... 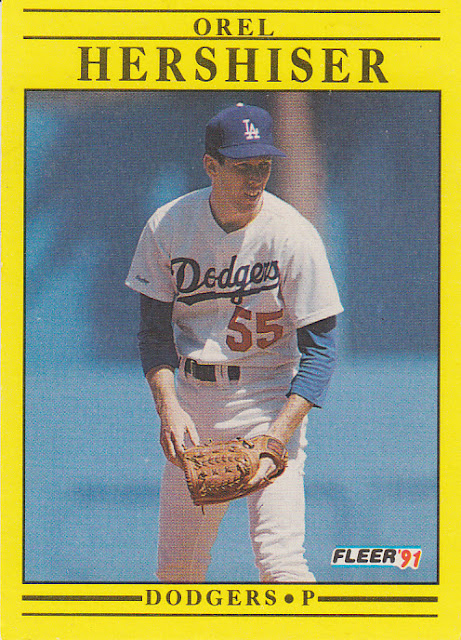 I can't be posting Royals all the time.  I gotta post some RANDOMS, too!  Staying true to my roots.


All these beauties came to me as a result of another Zistle trade.  Zistle is the best way to get lots of "randoms" into your collection when you want something, but don't want it bad enough to make a real wantlist for it.  You just add the whole set into your Zistle lists and it auto-matches you with anyone that has them for a later trade.
Posted by Josh D. at 2:00 PM No comments: Links to this post

Reminders of My Youth

Iowa has cold winters, but no mountains.  That means from December-March you aren't doing too much stuff outside.  Growing up there, that meant watching a lot of college basketball during those cold, dark months.  My Dad was an Iowa State alum, so we cheered hard and loud for the Cyclones all those years.  One of their best players during m Junior-High/High-School years was Loren Meyer.  From Ruthven, IA, Meyer would go on from Iowa State to play three seasons in the NBA with the Mavericks, Suns, and Nuggets.

Imagine my surprise when this came up on Listia recently.  It's my first Loren Meyer auto, and the only one I have ever seen. I got it fairly cheap, since most people have no idea who he is, and most who know don't care.  :-)


The guy guarding him is "Big Country," Bryant Reeves of Oklahoma State.
Posted by Josh D. at 9:00 AM No comments: Links to this post

Listia comes through with good stuff again.  This time it's a Tim Tebow XFractor...