How do you know it's going to be a good pack?  Open the back and see this: 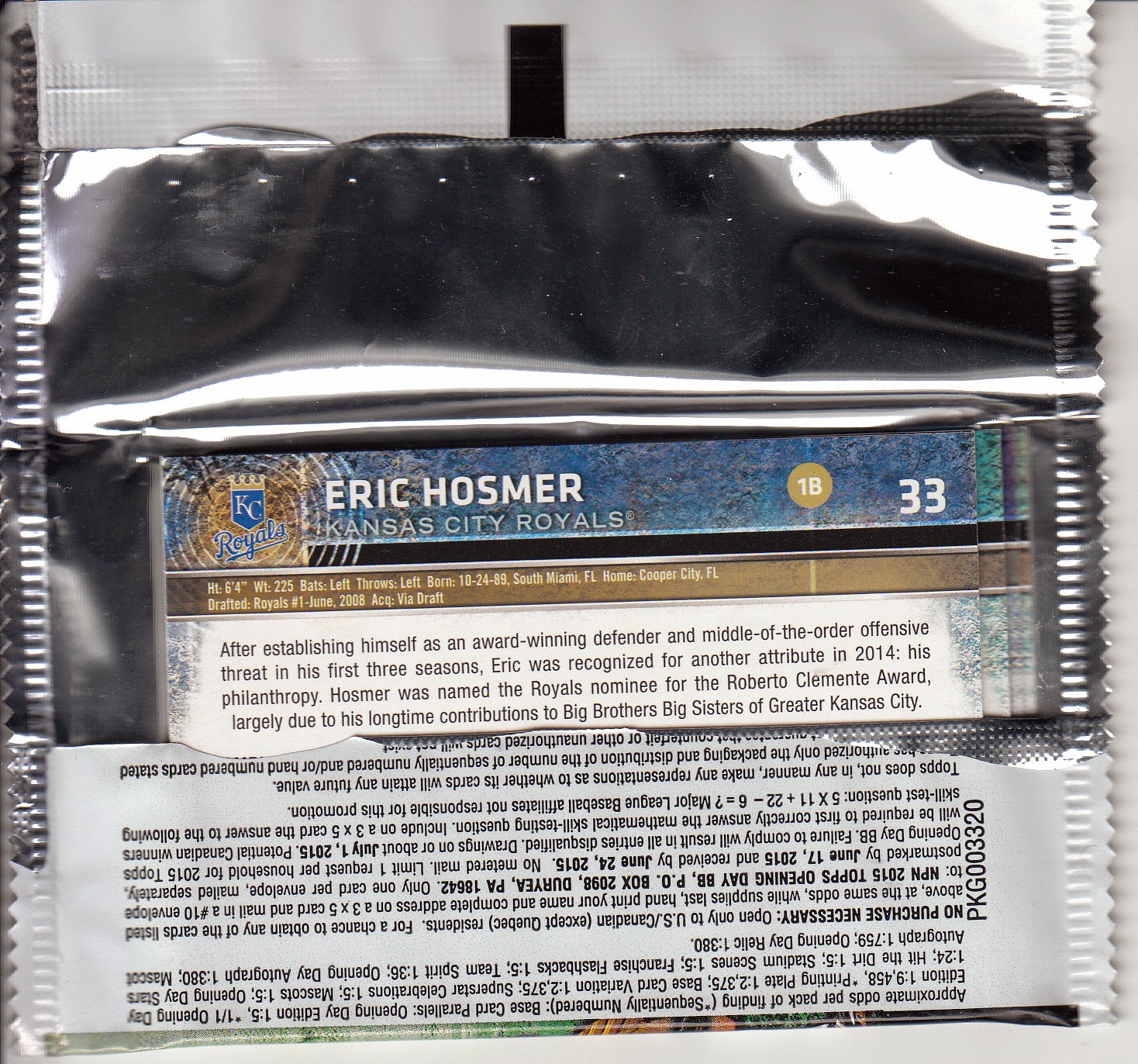 Posted by Josh D. at 3:59 PM No comments: Links to this post

Spankee ran an "NFL Score Streak" contest this year, and while my team stunk, I won the "bonus prize" he offered.  There was no mention of what this prize would be, so I was happy to see a yellow mailer show up in my mailbox (last December).

Here's the highlights of what showed up:

This is the gold parallel chip:


Here's my favorite:
There are very few (proper) wrestling cards out there, let alone one of my favorite wrestler from my beloved Iowa State Cyclones.  159-0.  That's all I really need to say about him.

I just back from watching the Royals sweep the Angels in Anaheim this weekend to go to 6-0 on the year.  I think my thoughts on the matter are adequately summarized thusly:

I think it's a little of each of those, which is why my favorite card thus far this year is the David Cone  "Free Agent 40" card shown above.

David Cone is a guy who isn't really "on-the-map" for current cards, so it was great to see one of him in this current release, especially in a Royals uni (rather than a Mets one).  The scan does not do justice to the colors on this one -- they are very saturated, and the glossy finish plus the foil make it really pop.  And it's all in delicious Royals blue.
Posted by Josh D. at 4:02 PM 2 comments: Links to this post

When dealing with inputs/outputs, you have to decide how to process them.  You can process them either as First-In, First-Out (FIFO) or Last-In, First-Out (LIFO).  FIFO is used by grocery stores to stock their shelves so that you buy whatever is oldest before you buy the new stuff.  LIFO is what you use for stacking plates in your kitchen cabinet...whatever you just cleaned gets put on the top of the stack and used first the next time.  Selling stocks can use either method, depending on what you want your basis to be.

Why am I talking about this?  I think most bloggers (myself included) try to use a FIFO method for posting our trade packages.  If someone sent me something 5 weeks ago, I want to show that off before I show the stuff I got today.  However, I am hopelessly behind (I have a 1-year-old....it's been a crazy year) on a bunch of the stuff that has been sent to me (including the JBFJ "Ton of Bricks" that he sent me WAY LAST YEAR and I still need to show off), but I still want to post some of the recent stuff in a timely manner.

I won a recent contest run by Arpsmith.  He and I are neighbors.  Well, not next-door neighbors, but with our recent moves, we now live in the same 'burb.  We haven't met yet (I can't be friends with a Giants fan after last October ;-)), but we are card buddies.  From his contest he sent a bunch of 2015 Topps and some Royals goodies. 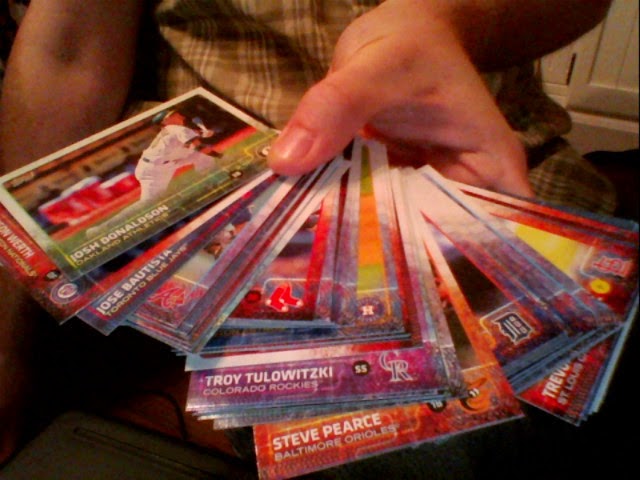 Next, he gave me the two relics from his box that were NOT Nolan Ryan: 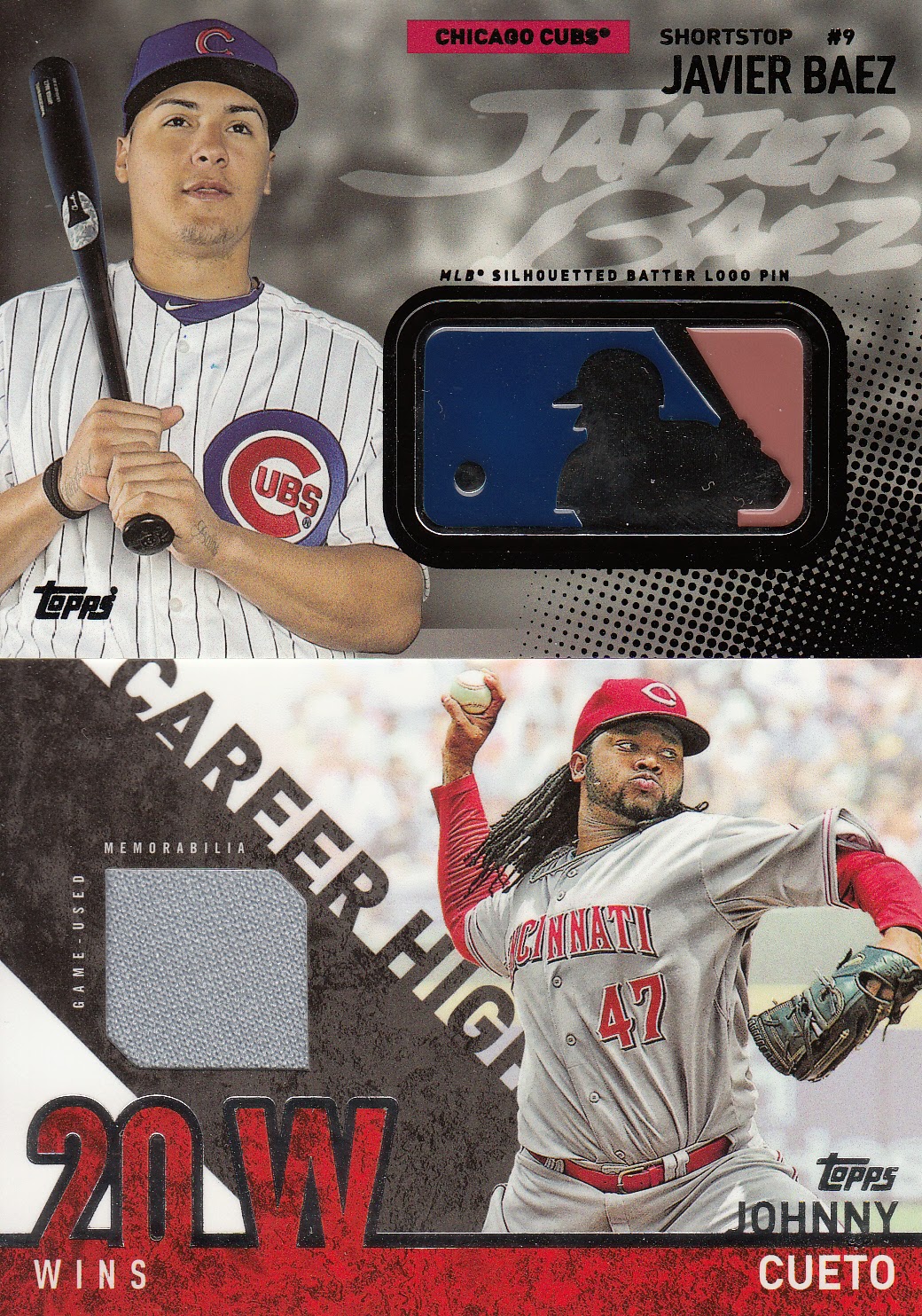 Finally, he tossed me a package of  Royals that I needed...my favorite of which makes me want to go for a sprint: 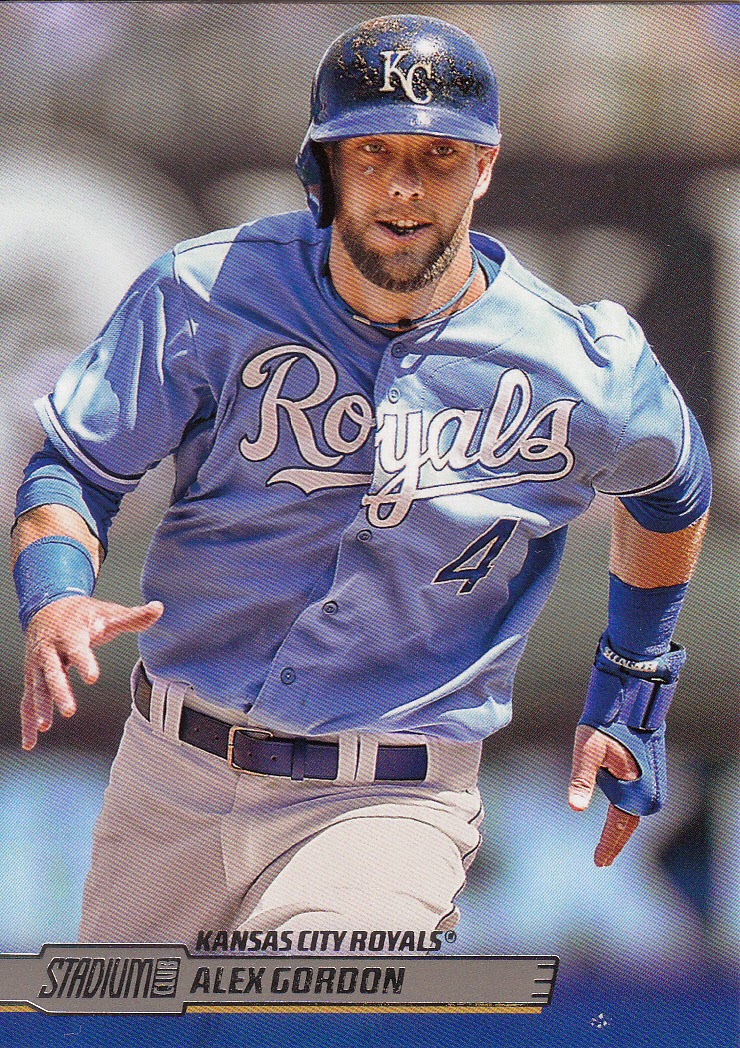 How happy did all this make me?  Very happy.  Like....SALVY-HAPPY. 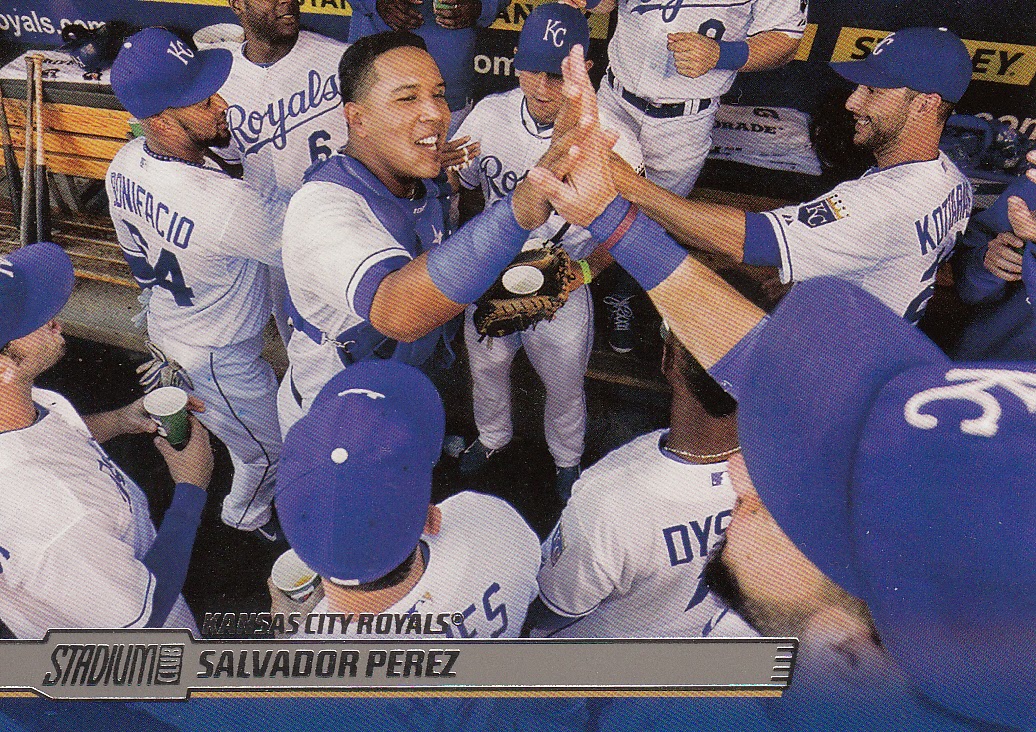